Role of Lawyers in Criminal Cases 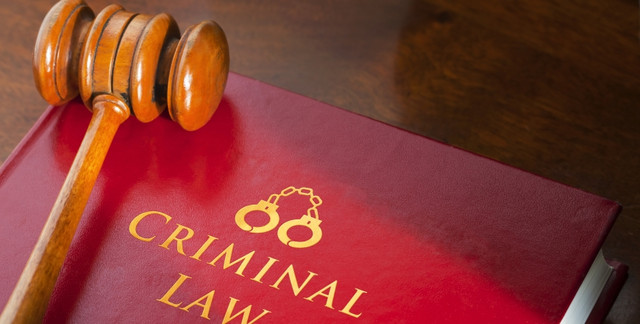 The role of lawyers in criminal cases is very important in an effort to safeguard the legal rights of a suspect or defendant. The importance of the role of lawyers / advocates is especially in helping face the legal process of the problems at hand, especially in defending the legal interests of a suspect or defendant. Even so, there are still many people who do not know the importance of lawyers / advocates in handling the cases they are facing.

Before going further into the functions and uses of advocates, it is better to state the meaning of the advocate profession. According to article 1 point 1 of Law Number 18 of 2003 concerning advocates (Law on advocates) states that an advocate is a person whose profession is to provide legal services, both inside and outside the court who meets the requirements and is based on the provisions of the Advocate Law.

From the definition of an advocate, it can be understood that the advocate profession as a profession that provides legal services both outside and inside the court is actually an important part of the effort to provide legal protection in a broad sense for a suspect / defendant and on the other hand providing legal advice to a suspect or defendant when the person concerned does not understand the legal provisions of the act he is suspected of / accused of or the legal process that must be passed step by step in the handling of the legal case at hand.

But in reality there are still many people who don’t know or don’t want to use the services of a lawyer in handling their cases for several reasons. One of them, according to them, renting or using the services of a lawyer requires high costs which they cannot do, even though there is an institution that provides free legal assistance in handling cases, namely the Legal Aid Institute (LBH) which is ready to help legal problems experienced by communities unable to fight for their legal rights.

Meanwhile Article also states, to get a legal advisor as stated in Article 54, a suspect or defendant has the right to choose his own legal advisor. Of the two mentioned above, not only in court, legal advisors help a defendant, but starting from the investigation process, legal advisors help someone who is dealing with legal problems, for example in a criminal case. The existence of this lawyer is also evident in a number of articles

From the provisions of Article 115 of the Criminal Procedure Code, it is very clear how important the role of advocates / detractors in investigations is to supervise the investigation process so that fraud does not occur that can harm clients. Likewise in court proceedings, advocates are useful to defend the rights of clients according to the facts so that there will be no arbitrariness of judges in handing down sentences.

Currently, many small people are disadvantaged in terms of the law because they cannot defend themselves because they do not know about the applicable laws in Indonesia, so they surrender to the sentences imposed on them. Things like this will not happen if they use the services of an advocate in guarding the trial, because the advocate knows the rules that apply in the State of Indonesia. Likewise, at the beginning of a case faced by a member of the public at the investigation stage, it is not uncommon for a member of the public to not know the legal aspects of the legal problems he is facing.

So, from several things stated above, the writer hopes that the public will use the services of an advocate to guard the problem so that there is no such thing as a sharp downward and upward blunt law. So that the law can be fair to small people who do not know about the law.