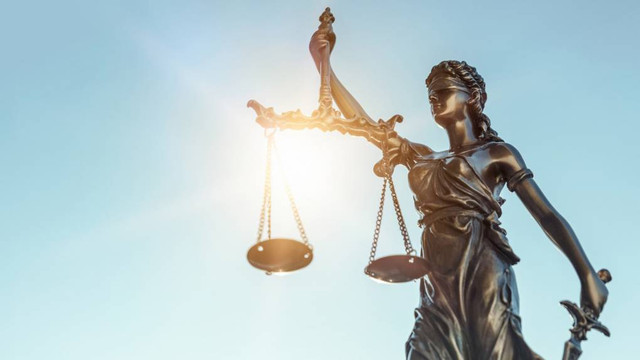 Handling criminal cases against children is of course different from handling cases against adults, the handling of these children is special because it is also regulated in separate regulations. Understanding the process of handling children’s cases, of course, there may still be some people in the community who do not understand or understand, so that sometimes it raises various judgments, even more fatal if there is a misjudgment that handling children, especially children in conflict with the law, get special treatment and There are also those who think children cannot be punished even though it is not that far, it’s just that the handling process is specifically regulated.

It should be understood that in relation to the handling of children who are dealing with the law, of course it is based on several specific statutory provisions.

The juvenile criminal justice system is the whole process of solving cases of children facing the law starting from the investigation stage to the guidance stage after undergoing a criminal process based on protection, justice, non-discrimination, the best interests of the child, respect for the child, the survival and development of the child, proportionally , deprivation of liberty and punishment as a last resort and avoidance of retaliation.

In the event that a criminal act is committed by a child before turning 18 years of age and is submitted to a court hearing after the child exceeds the age limit of 18 years but has not yet reached the age of 21 years, the child is still submitted to the juvenile court. The parties involved in the juvenile justice process are investigators, public prosecutors, judges, community counselors and social workers.

• Investigators are child investigators;
• Public Prosecutor is the Child Public Prosecutor;
• Judges are child judges;
• Community Advisors are law enforcement functional officers who carry out community research, mentoring, supervision, and assistance to children inside and outside the criminal justice process;
• A social worker is someone who works in both government and private institutions who has the competence and profession of social work as well as concern in social work obtained through education and / or experience of social work practice to carry out social problems;

Process of Investigation and Prosecution of Child Cases

Investigations are carried out by investigators who are appointed based on the decision of the police chief or other official appointed by the Indonesian National Police Chief, while prosecution is carried out by public prosecutors who are determined based on a decision of the Attorney General or other official appointed by the Attorney General. In conducting investigations into children’s cases, the investigator is obliged to ask for considerations or suggestions from the social adviser after the criminal act is reported or complained, then the Community Research Center is obliged to submit the results of the social research not later than 3 days from the investigator’s request.

In conducting an examination of a child victim, the investigator is obliged to request a social report from a social worker or social welfare worker after the criminal act is reported; Furthermore, for children who are filed as children with legal conflicts (ABH) at the level of investigation, prosecution and examination of children’s cases in court, it is mandatory to seek diversion.

1. An imprisonment of under 7 (seven) years is punishable;
2. And not a repeat of a criminal act;

Furthermore, apart from the aforementioned provisions, it also applies to children who are charged with committing a criminal act which is punishable by imprisonment of less than 7 (seven) years and also charged with a criminal offense punishable by imprisonment (seven) years or more in the form of charges of subsidiarity, alternative, cumulative or combination .
Diversion aims to:

• Achieve peace between victims and children;
• Resolving children’s cases outside the judicial process;
• prevent children from being deprived of liberty;
• Encourage the community to participate;
• And instill a sense of responsibility in children;

In the Diversion process itself, of course there are parties involved, namely children, parents, victims, and / or parents / guardians, social advisers and professional social workers based on a restorative justice approach which implies that the settlement of criminal cases involving perpetrators, victims and other related parties to jointly seek a fair solution by emphasizing restoration to its original state.