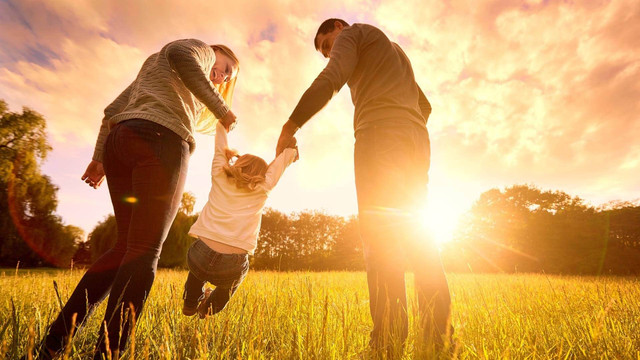 Today, we often encounter cases of juvenile delinquency that lead to crime, immoral acts with child offenders, as well as things that look “trivial” such as the loss of student respect for teachers. What caused it? We can just mention the development of the era and the onslaught of technology as some of the causes of this moral decline. However, there is something closer that we forgot to examine, namely family.

Family becomes the most important entity for a person’s life since childhood. Through family, a person’s character and habits are formed. The first education takes place in the family, not in school. The loss of the important role of the family in a child’s life can foster negative behavior that he carries into adulthood.

Since the baby was born, since then he has known love. The feeling of being loved is very important for a child, because one day he will grow up to be someone who is able to love too. This will be an asset for all family members to foster a sense of compassion in a broader context and be able to reduce the emergence of seeds of hostility and anarchism in society.

Ideally, a family is capable of being a place where its members feel safe and at ease. Therefore, no matter how bad the conflicts that occur in the family, avoid acts of verbal or physical violence, discrimination, and coercion of the will.

The family also has an important role in introducing children to the socio-cultural values that exist in society. Especially in Indonesia, manners are highly respected, with various kinds of norms, customs, and manners that apply in society. It is from older family members that children can learn how to behave towards older people and learn what is appropriate and inappropriate in their culture.

One of the goals of most humans to have a family is to have offspring. Through a legal marriage, the family becomes an entity capable of producing the next generation of the nation. Early sex education and respect for the opposite sex need to be instilled in the family.

The economic condition of a family usually affects family harmony. Therefore, teaching children to save money and foster an entrepreneurial spirit will make them financially smart.

An environmentally friendly lifestyle can be realized if it is instilled in the family early on. Likewise with the habit of caring about the environment such as neighbors and society in general. Cultivate the nature of loving the environment, not wasting electricity, clean water, food, also make it a habit to dispose of garbage in its place from an early age, because only from nature can we live.

Carrying out all these functions properly certainly requires a difficult effort. Therefore, it is best if every couple who is planning to get married or who is married needs to determine the vision and mission of the family. Vision and mission do not only concern financial matters, but also include the division of roles in the family, the values adopted, and the rules that must be obeyed.

By knowing the function of the family as early as possible, each couple is able to get a real picture of their future role when they are married. A wedding party, owning a house, a vehicle, and children is not the essence of a marriage, but rather carries out the eight functions of the family. young

10 Causes and Solutions to Domestic Problems